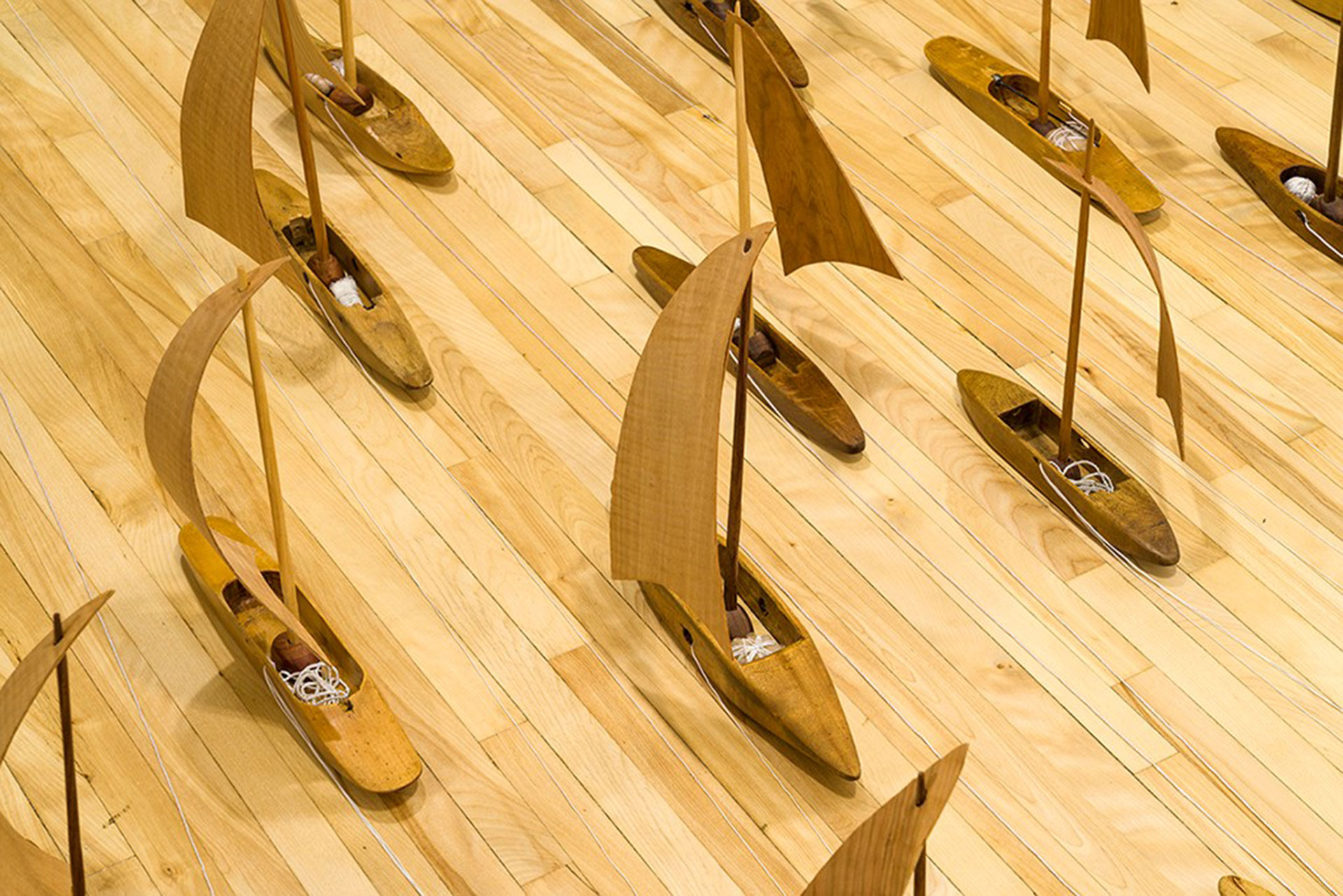 Opening: Sunday, February 21 at 2 pm (virtual or in person, to be determined)

«Historical objects speak to me, touch me, stimulate my creativity, and provide opportunities for me to evoke their human connection. Charged with a history that I embrace, they invite me to dress them, deconstruct them, to return and re-focus them to offer them a new identity. I embrace their hand made quality which enters into a dialogue with the thrust of my work.”»

Interested in the integration of different materials, historical objects and by the actualisation of artisanal techniques, Anne Billy has since 2014, deepened her research into fibres and textiles. These explorations have allowed her to enrich her pictoral practice of needlework and gleaned objects in her installations. For this exhibition, certain works by the artist were created thanks to the Fonds Filtex created by Héritage Sutton to preserve the memory of the former employees of the mill closely tied to the history of Sutton.

Anne Billy talks about one of her works: a quilt made from the notebook of the chemist of Filtex (1995). The spiral notebook was rescued by Arno Landry at the site of the old factory.

Recipient of a degree in Fine Arts from Concordia University, enriched by a lengthy stay in Europe during which she frequently visited the lithographic workshop Grafica Uno and took courses in the painting of frescoes in Milan, Anne Billy has shown her work in various North American and European cities both in solo and group events. Her art works can be found in various public and private collections.