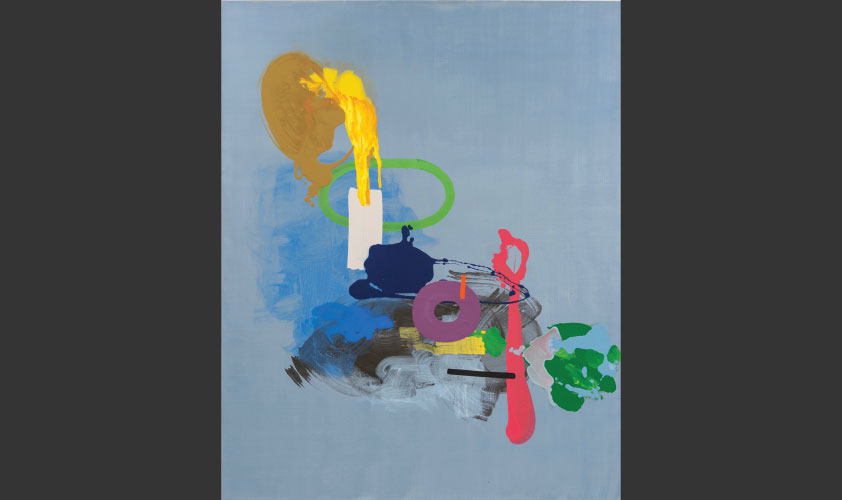 The gesture of Guylaine Chevarie-Lessard’s artistic practice is like a dancing body, whereby art is transformed into poetic language and visual signs. Thanks to the inspiration of colours from her garden in Frelighsburg, Quebec and those of the ocean and mountainous spaces, Chevarie-Lessard’s journeys through landscapes become the starting point of an action painting, or gestural abstraction. The paint is no longer confined to the canvas, but rather leads to artwork that emerges the viewer to a type of visual poem for an inner experience.

Guylaine Chevarie-Lessard works and lives in Montréal and Frelighsburg. She has participated in a few group exhibitions such as the Le livre imaginé at L’aire libre in 2014 and the 5e Biennale de dessins at the Musée des beaux-arts de Mont-Saint-Hilaire in 2015. Also, she participated in a number of solo exhibits at the Galerie L’aire libre and the Bonheur d’occasion librarie in 2015, followed by the Galerie d’art du Parc in Trois-Rivières in 2016. In 2009, Chevarie-Lessard recieved her bachelor’s degree in visual arts at Concordia University after which she was awarded the Guido Molinari Prize in Studio Arts. In 2015, she completed her doctorate in art studies and practices at UQAM. She also obtained a master’s degree in philosophy in 2001 and received a doctorate in literary studies from 2002-2005 at UQAM as well. During her studies, Chevarie-Lessard has also received various awards such as the FQRSC and SSHRC.