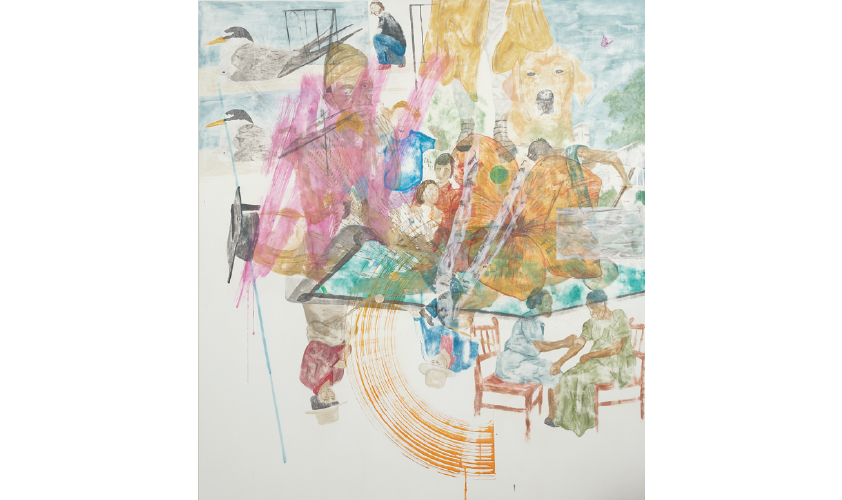 Martin Sénéchal’s painting attempts to un-paint the world in order to recompose it on a canvas where reference marks are lost and found again, where the known world becomes suddenly foreign and then returns to itself, filled with new possibilities. At the center of the artist’s approach is the desire to engage in a dialogue between various images coming from different times, cultures, regions of the world.
In the process of symbolic diversion and recomposition which characterizes Martin Sénéchal’s painting, a dialogue is established between several images which conflict with each other or merge on the canvas. A fertile dialogue takes place between pluralism, syncretism, merging of eras, cultures, artistic trends and references in order to think the world differently.
As one wanders through the exhibition, which covers a period of ten years of production, one will perceive an evolution : one can notice changes as much in the techniques used as in the issues raised, but one can also notice similarities, even constants.

The Gallery is open Thursday to Sunday, from 1 pm to 5 pm.